The UVJC would not be possible without the hard work done by our volunteers, including our Board of Trustees, who manage much of the behind-the-scenes work that helps our synagogue to run smoothly. If you have questions or suggestions, or if you wish to learn more about the operations of our Hebrew school or of the various Roth Center committees, do not hesitate to reach out to one of the members of the board below.

Paul Etkind and his wife Sue moved to the Upper Valley, aka the Greater Grantham Metropolitan Area, in 2014 upon retiring from his career as a public health epidemiologist. They joined the UVJC shortly after moving here. Paul is active in various governance and other committees of the Eastman Community Association, and is enjoying the rich cultural, academic, outdoor activities and social resources that abound in this area. Paul joined the Board in November 2017.

Roberta and her family moved to the area and joined the UVJC in 1998. During her first year here, she worked in the new Roth Center for the Rabbi through the Tucker Foundation/Hillel. She has been part of the UVJC’s book group since its formation in 2000, and she has chaired the UVJC/Kol Ha’Emek Caring and Chesed Committee over the past year (2019-20). She recently retired after a 50-year career as a writer and administrator, primarily for nonprofit organizations, including Jewish Federations in Minneapolis, MN and Columbus, OH. In the Upper Valley, she spent 20 years with Grafton County Senior Citizens Council, Inc., including almost 16 years as its Executive Director. Her husband, Richard Abel, served two terms as UVJC President.

Deb Hoffer joined the UVJC when she and her family moved from MA to the Upper Valley in 2012. She has been involved with the UVJC as a member of the Rabbi Search Committee and as a happy, if infrequent, participant in the Rabbi’s psalms class, the Fiber Arts nights, and services. Deb’s children, Shira and Eli, both went through the hebrew school and celebrated their b’nai mitzvot at the UVJC, and her husband, David, is a member of the Ruach Committee and can often be seen with his guitar at various services. Deb is also a pediatrician at DHMC, and, in her spare time, enjoys cooking, baking, reading, knitting and spending time with friends and family.

Rob Greene moved to the Upper Valley in the summer of 2014 and joined the UVJC shortly afterward. Two of his adult children, Ted and Jay, also live in the Upper Valley. His interests including singing, bicycling, and snowboarding. Rob consults nationally on health care strategy and health system quality.

Kathy Cadow Parsonnet lives in Norwich VT with her husband Jeff, and has been part of the Upper Valley Jewish Community, having moved from Boston 29 years ago. Their two now grown children were active in the Hebrew School and Bar Mitzvah programs. Kathy’s prior professional activities were in the field of Health, Education, and Research. For the past decade, she has worked in the field of arts and health, having developed programs and art forms conducive to therapeutic settings. Her involvement with the UVJC over the years includes regular attendance at Shabbat services, serving on the Rabbi Search Committee, teaching the 1st Grade, and two decades of singing with several of the UVJC-affiliated groups, including the High Holiday Choir, Hillel Choir, and Kol HaNashim.

Callaghan joined the Board in 2016. Debbe and her family moved to Upper Valley in 2005 from the New York City area and have been active members of the UVJC. Debbe and her husband Carey live in Hanover. Debbe can be reached at debbe.callaghan@gmail.com.

Alice joined Kol Ha’Emek on her arrival to the Upper Valley and return from Australia in 2015. She made aliya to Kibbutz Yasur in 1983, 18 months after completing her MSW at Yeshiva University in NYC where she was born. She met her ex-husband on the kibbutz and joined him on his return back to Melbourne, Australia in 1984. There she settled, joined the Progressive movement’s KEDEM and had a rich and rewarding social work career (30+ years) in adult public mental health services. She now lives in Norwich with Mellie her “fur baby” (see photo). 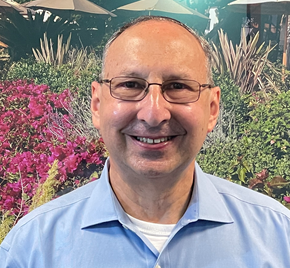 Monte moved to Hanover in 2009 and joined UVJC at that time. He worked as an Automation / Controls Engineer at Stryker Biotech until he took five years to teach at a boarding school in Connecticut. Returning in 2019 he is now back working as an engineer. Monte is involved with the Caring and Chesed Committee and attends services when in town. Looking forward to retiring in a few years and having more time to enjoy all the wonderful activities at the Roth Center, Dartmouth, the Upper Valley and for some extended travel. For fun he plays chess, loves to cook and bake, and take part in all that the region offers.”

Laura Harris-Hirsch has been active in the UVJC since she moved to Lebanon many years ago.

Fred Lerner has been a member of the UVJC for nearly forty years. He has served as Honorary Librarian of the Roth Center’s Koreman Library for two decades, and hopes to encourage the use of its resources in connection with UVJC programs and activities. Before his retirement he spent twenty-four years at the National Center for PTSD, where he created an online index to the world’s literature on posttraumatic stress disorder.

Peter Orner joined the Board in 2021. He’s a Professor of English and Creative Writing at Dartmouth College and Director of the Creative Writing Program. He lives with his family in Norwich, Vermont. His two children attend Hebrew School at the UVJC and Peter serves on the education committee. He also co-teaches a seminar at the UVJC on eastern European literature.

Diane Roston joined the board in 2020. She is a member of the Ruach committee, was a founding organizer of the now regular Shabbat morning contemplative service, and in the past co-led tot Shabbat and children’s services. She delights in dance, including Israeli folk dance, creative writing, swimming, and hiking mountains. Her two adult children, both graduates of the UVJC Hebrew School, like to hike, too. Diane is a psychiatrist in the Upper Valley.